Open sound control or OSC is a protocol for sending data packages across a network. Data can be transmitted in various forms such as integer or float.

OSC can be used directly as a map in or map output on a limited number of objects. However, works best as a node-based system within the board. 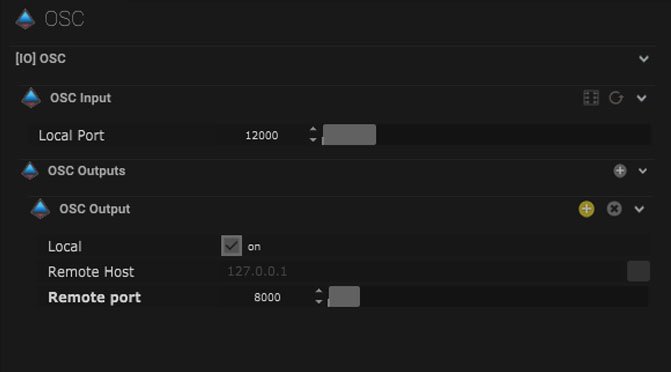 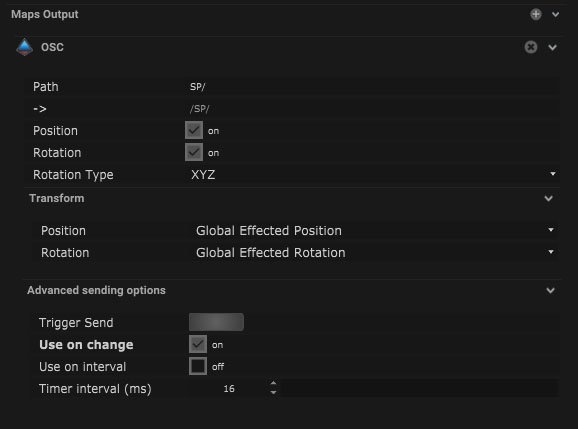 OSC can be received and send out of SP using the OSC protocol as a node within the board.

The receiver and sender setup is very similar.